Asleep in Albion: The Libertines reveal name of their Margate hotel

The Albion Rooms hotel and studio on the north Kent coast is set to open this summer. Rumours Pete Doherty will be manning reception are unconfirmed

Feel free to browse the buffet breakfast. The Libertines, who are to open a new hotel, bar and studio in Margate, this summer. Photograph: Tony Linkin, Coalition group

Feel free to browse the buffet breakfast. The Libertines, who are to open a new hotel, bar and studio in Margate, this summer. Photograph: Tony Linkin, Coalition group

The Libertines (pictured) have revealed the name of their new hotel, due to open in Margate this summer. The Albion Rooms – the same nickname given to the Bethnal Green flat where the band held gigs in their early years – will also feature a bar, restaurant and recording studio.

The hotel occupies a five-storey, 10-room Victorian building with a view over the town’s bandstand and was bought by the group last year, while on a tour of British seaside towns. The Libertines are due to release their fourth studio album this summer.

In a press release, the hotel is described as being “Inspired by the celluloid cohabitation antics of the Beatles and the Monkees.”

The release continues: “Carl, Gary, John and Peter had been looking for a creative home: a living art space, a Warholian factory, with guestrooms, a bar and studio. The band members have already made themselves at home, and have commenced writing their fourth studio album, and will be inviting fans and the world’s press to play a part in the creative process.”

The announcement came with a video showing the band taking a look inside the hotel, filmed in black and white and soundtracked by “I do like to be beside the seaside”, suggesting the kitsch aesthetic the hotel may be aiming for.

Each room is said to be “individually designed … each with a distinctly Libertines’ style”. It is not clear what this means but it can’t be worse than what was on offer from the previous owners.

Formerly know as the Palm Court Hotel, it was considered one of the country’s worst, boasting a host of negative reviews and complaints on Tripadvisor, where 57% of guests rated it “terrible”, stoking up so much outrage the local newspaper spent a night there investigating it.

The Albion Rooms: Watch Carl Barat show us around The Libertines’ new hotel

Watch our tour of The Albion Rooms above, as Barat shows us around and tells us about keeping Arcadia alive, their rough journey to get here, the new Libertines’ album, Pete being the Manuel to his Basil Fawlty, and if he’d ever enter the hotel into Four In A Bed.

“If you’re a musician on the road then you’re a bit of a spoilt bastard, really,” Carl Barat tells NME of how The Libertines‘ love of the finer things inspired their new hotel, The Albion Rooms. “You’re going around the world and having the best of what you can. And the worst, but we’re trying to not speak too much of that here.”

It’s been four years since The Likely Lads first teased indie fans with word of opening their own establishment beside the sea in Margate. Many may have feared and imagined that the band might have been seeking to recreate the same chaos and squalor of that first HQ to be christened The Albion Rooms, when Carl and Pete Doherty first started The Libs at the turn of the century – a now infamous East London flat known for guerrilla gigs and visits from the police.

“Seriously, that would be really unhygienic – especially in times of COVID,” says Barat. “While we were building, I was sleeping in my bed here with a cricket bat while a certain type of local pissed on the floor outside for some unpaid debt of some description. The walls of my room could tell a few stories. Pete was upstairs and I think we spent just as intense a time and just as much time here as we did in the Albion Rooms in Bethnal Green. In terms of authenticity, it’s steeped in it. It’s anointed in… well, I won’t say what.” 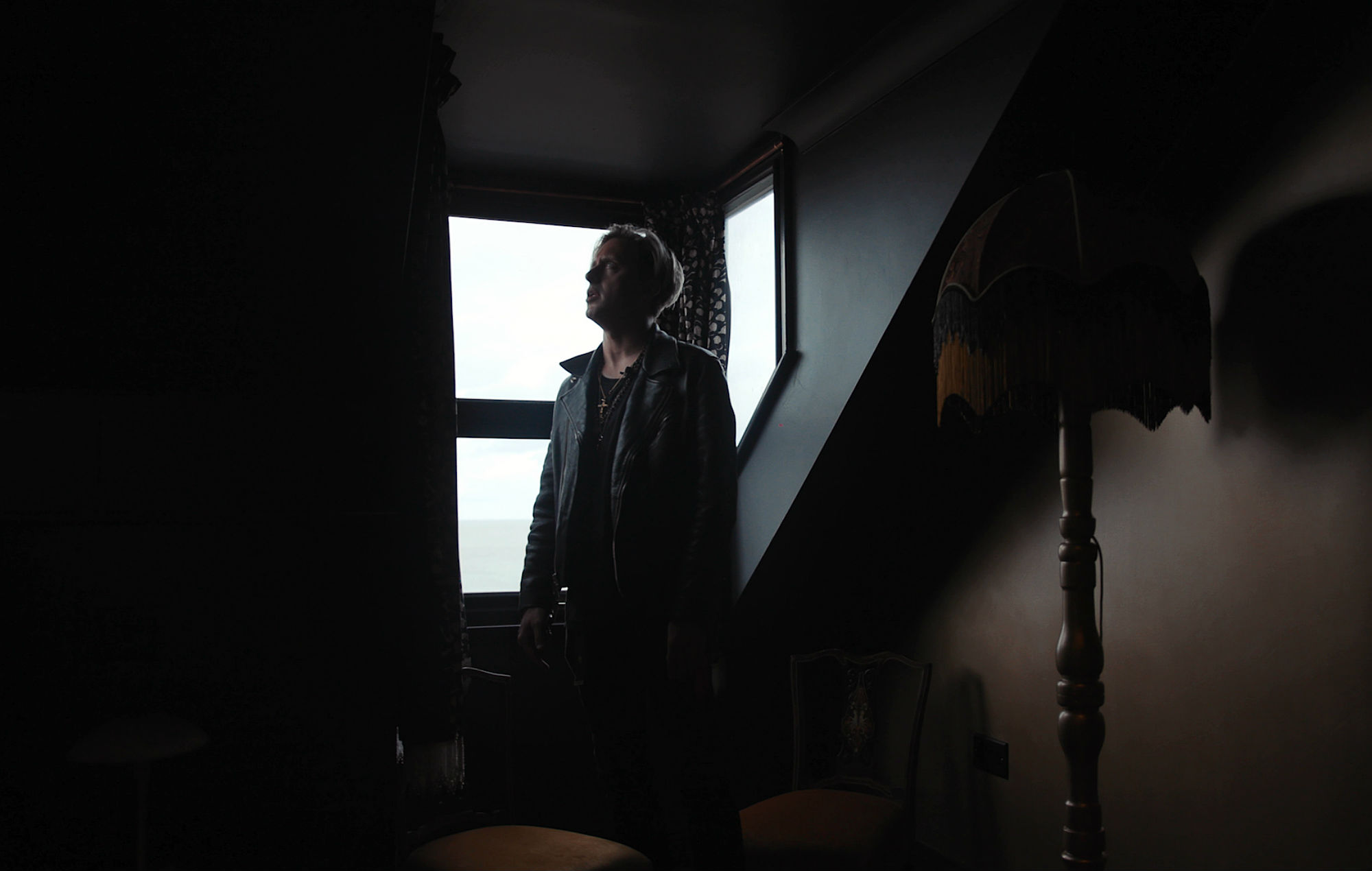 Instead, we arrive at the seafront property to find a vision of luxury – resplendently painted in black and gold, decked out in animal skins and edgy art, and complete with restaurant, dive bar, gallery space and recording studio. Barat tells us how the new Albion Rooms still offers the same loose shenanigans, open-house inclusivity and creative community as the band’s original home, but now offering “the best of everything room-wise, view-wise and food-wise”. He’s not wrong, the chicken burger is pretty damn special – and they’ve brewed their own beer which is pretty dangerous.

“George Orwell wrote this essay called The Moon Under Water, which was about the perfect pub – right down to the glasses and the atmosphere,” Barat tells us. “At the end of it he said, ‘You want to know where this pub is? Well, it doesn’t exist’. The challenge was to make that place exist. So far, I can have a good time here.”

Watch our tour of The Albion Rooms above, as Barat shows us around and tells us about keeping Arcadia alive, their rough journey to get here, the new Libertines’ album, Pete being the Manuel to his Basil Fawlty, and if he’d ever enter the hotel into Four In A Bed. 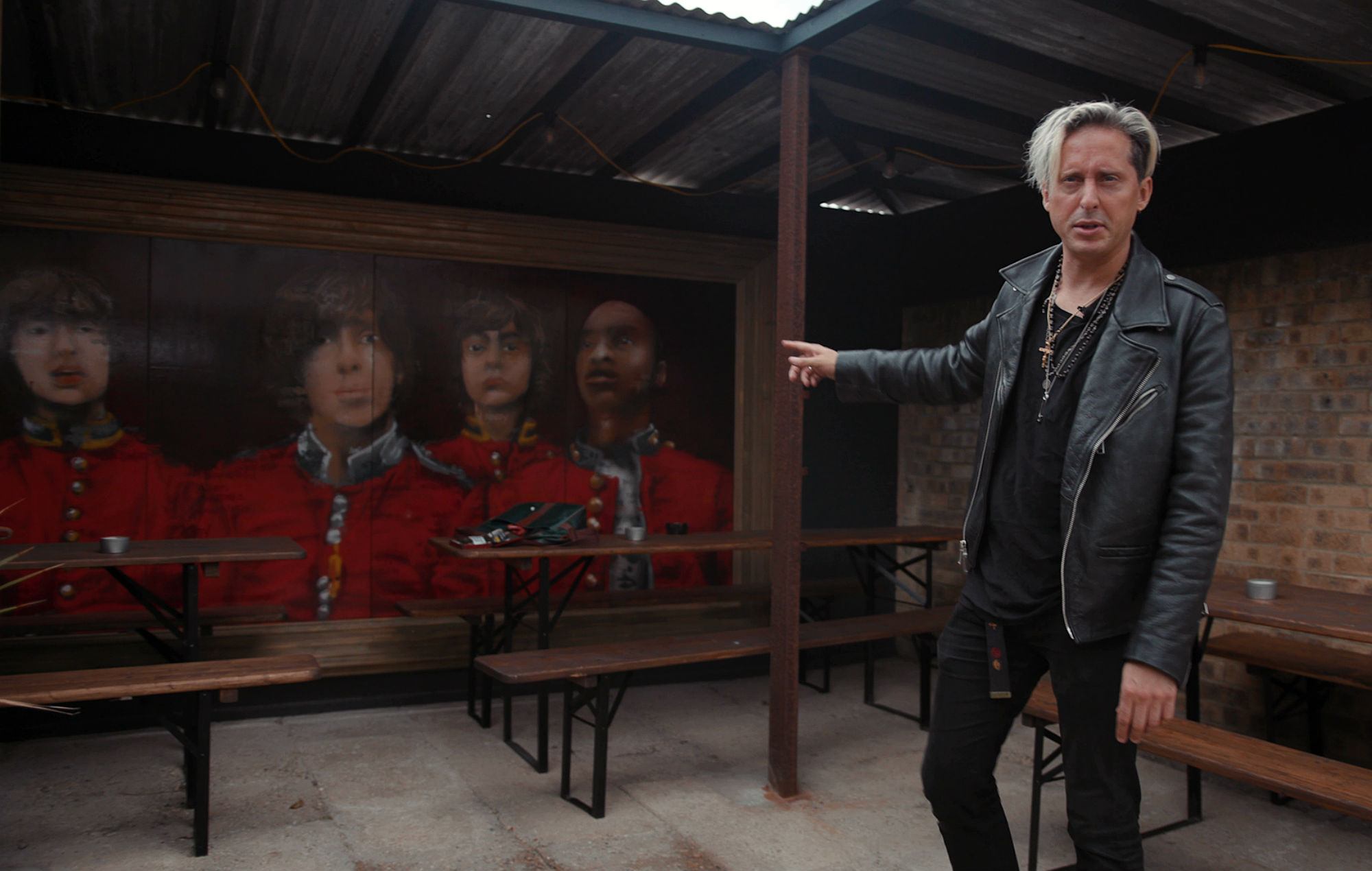 Hello Carl. Why did you choose Margate as the home of The Libertines’ Hotel?

“For the price that we got a five-floor beautiful Victorian building, which did need a bit of work, in London that would have maybe got a one or two bed in Stoke Newington. That speaks for itself really. The idea originally came the model of a record deal where everyone gets a bit of money, then it goes to tax and precipitates down this chain of just disappearing. If you’ve got enough left you can get somewhere nice to make a record. It’s like putting down a mortgage, I thought we could do that with a record deal and get our own place and HQ. We realised it would be a really nice physical embodiment of the band.”

So this is the Libertines’ home now, essentially?

“The band live in three different countries, and the only thing that really binds us without something like this is tour schedules. To have a place that’s our own HQ and that we all have equal ownership of and equal input in – that was the dream. Then things got a bit expensive, it turned into a spiralling moneypit, COVID happened and we had to hold on for dear life, but here we are!”

It wouldn’t be very Libertines if it wasn’t a rollercoaster though, right?

“It was a fucking rollercoaster. I just want to climb into one of these beds and sleep until COVID’s done.” 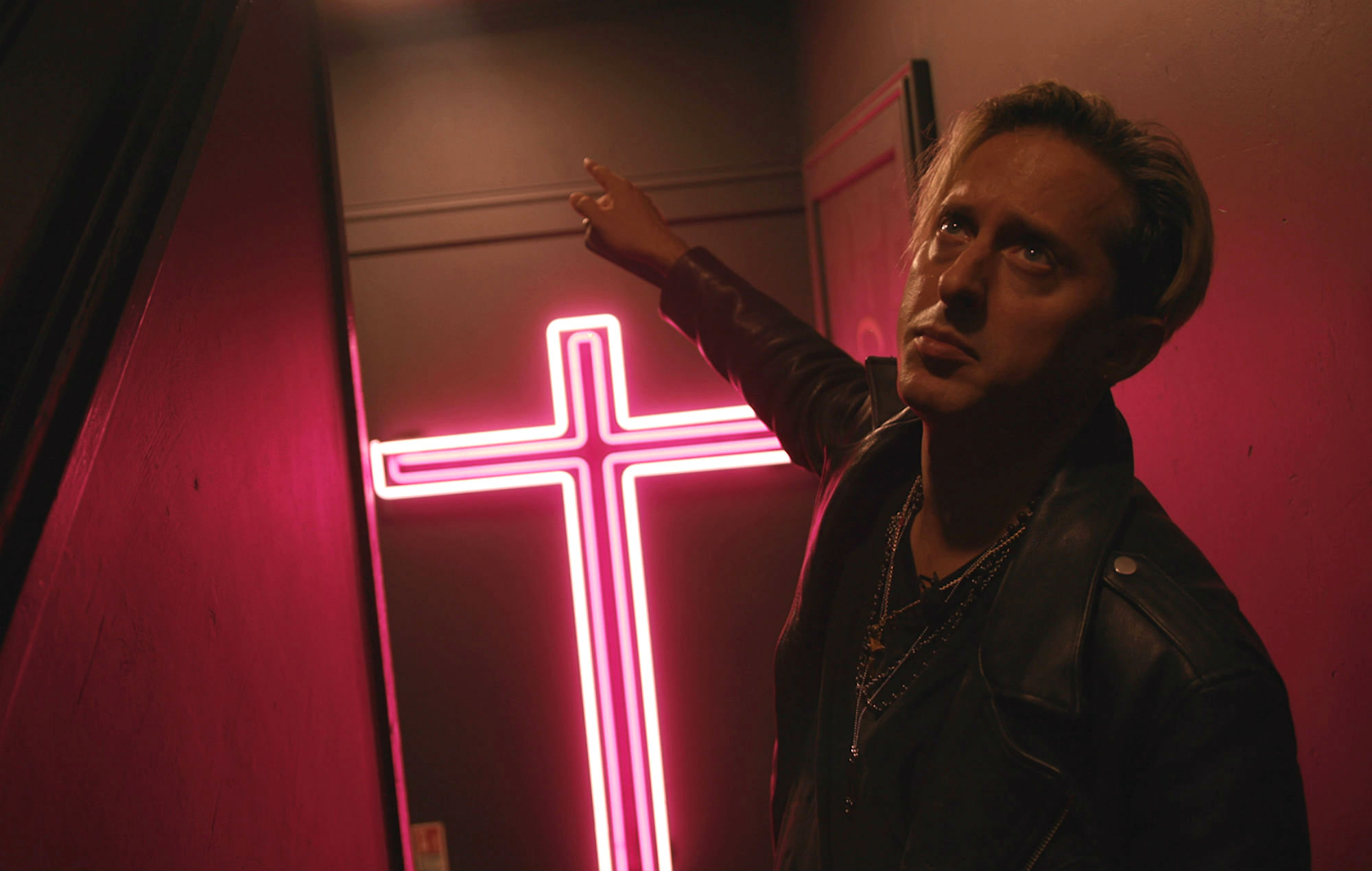 If this is the physical embodiment of The Libertines, what can you tell us about what the different parts of it represent?

“There’s a colour palette of golds and blacks with a gutter and stars kind of vibe. You’ll see snakeskin wallpaper because we were always big fans of snakeskin boots. Everything is relatable to something in our past. William Blake, the Godfather of Albion who we have a room named after, he was a massive influence and spiritual guide in a way. We have ‘Corpus Arcady’ written above the door in a memento mori Blake-ish fashion. That’s the body of Arcady. Everything’s got a meaning.”

So there’s a lot for hardcore Libertines fans to discover?

“We wanted to have something for everyone. If you came and you weren’t a Libertines fan but wanted to stay in a fucking decent hotel, then it’s that – but if you are into the band or just music and art, then there are little cyphers and coded messages all over the shop. I’m really into that kind of thing. I hate the term ‘Easter egg’, but each room that the band designed has what’s referred to as an Easter egg to them.” 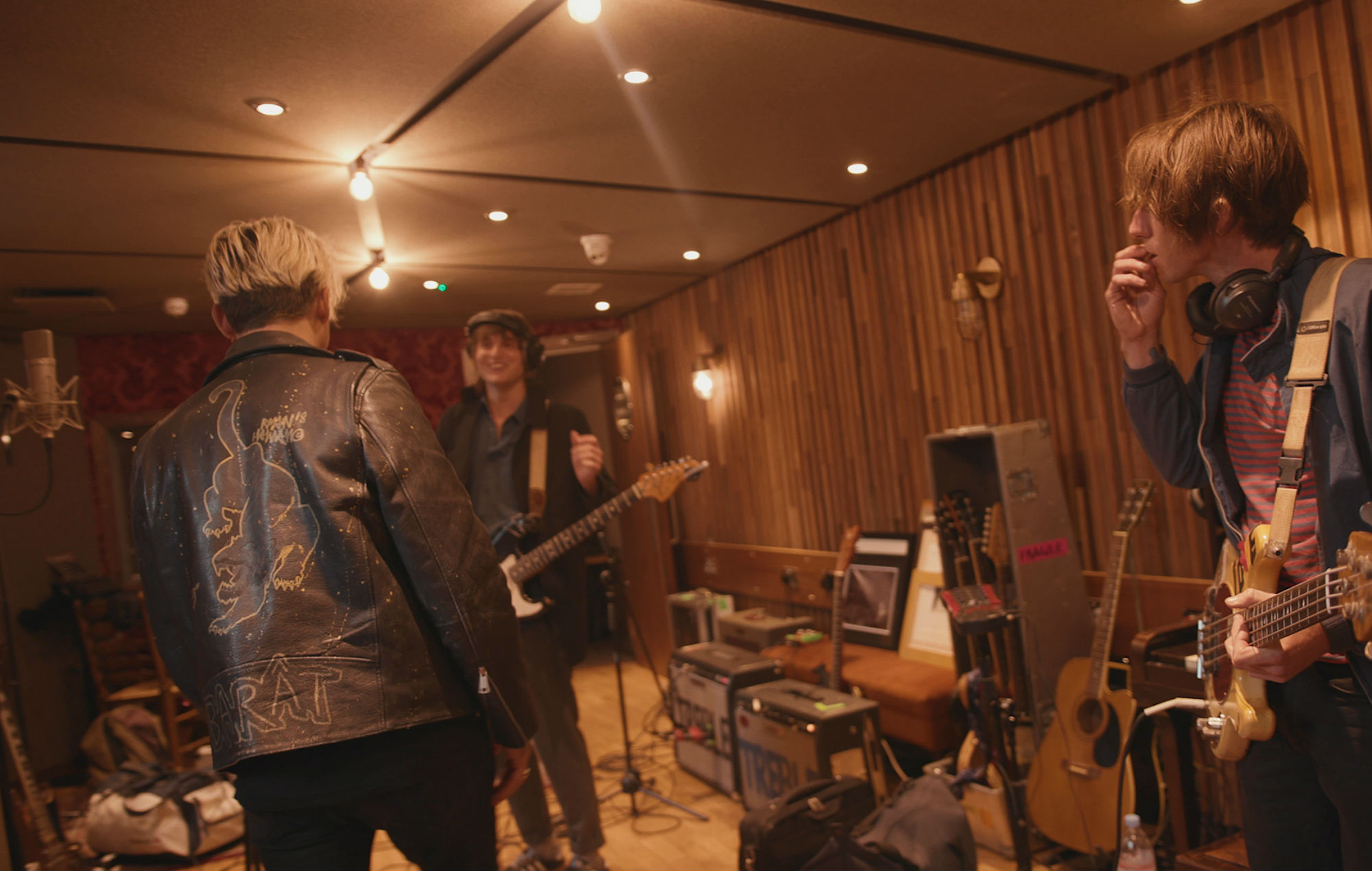 Carl Barat shows NME around The Libertines’ new Margate Hotel, The Albion Rooms – as Trampolene were recording in the studio. Credit: NME/Still

What can you tell us about the art on display around the building?

“I think the art is really important to us all. The bedrock of it is the art that we made together while making the third album [‘Anthems For Doomed Youth’] together in Thailand. We all got together and worked on canvasses every night and that was all in the album sleeve. Also, we’re open to work by other musicians and other artists. We want this place to be an engine for art and artistry. We want people to see it and create. That’s part of our manifesto, if we ever got round to writing it down.”

You’d previously compared the idea of the hotel to Andy Warhol’s Factory?

“Yeah, that was the idea. For the first year or two when there was no front door lock and a lot of dog shit everywhere, a lot of people came. The economy of that didn’t really add up. Having spent all the band’s money, I had to do something quite drastic to reverse that trend. In order to provide somewhere for people to create, we’ve got the studio, we’ve got life drawing in the bar, the local literary society meet here. We want there to be a creative thing happening at all times and a bit of a buzz.” 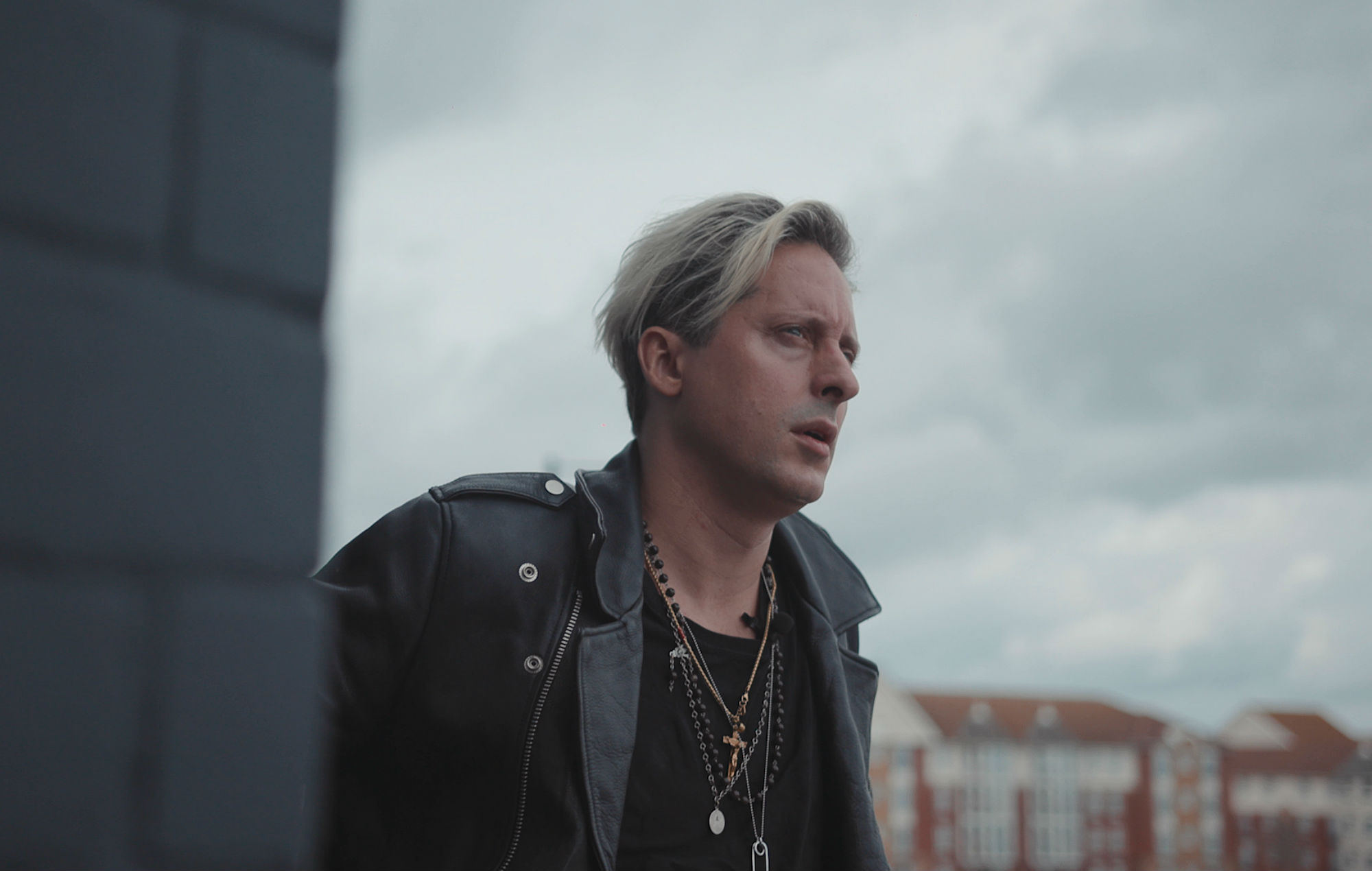 “Yes. We want people to come and stay, eat and drink at reasonable prices. We’ve got cheaper rooms and the food’s fucking amazing. We don’t want it to be prohibitive – that’s not what Libertines are about. I don’t want it to ever become that. But at the same time, we want to offer people the best things they’ve ever seen. As long we’ve got both ends of the scale.”

Pete told us last year that he was just letting people crash here while it was being built?

“Yes, Pete’s management tenure is now on a bit of a hiatus.”

Do you have a kind of Fawtly Towers style relationship where you’re Basil and Pete is Manuel?

“Can I not be Major? There have been ridiculous moments where it’s been like that. There was a bit of a knock-in shop sauna out the back with sticky floor and suspicious hot tub clouds. We ripped all that out to build the studio, then on the third day I spoke to everyone in the band about having an input and John [Hassall, bassist] came and put a Danish lamp on a pile of rubble, and that was his contribution initially. Largely I took the reigns in pushing it through, but everyone has spent a lot of time here. The Libertines have done a lot of writing and recording here.” 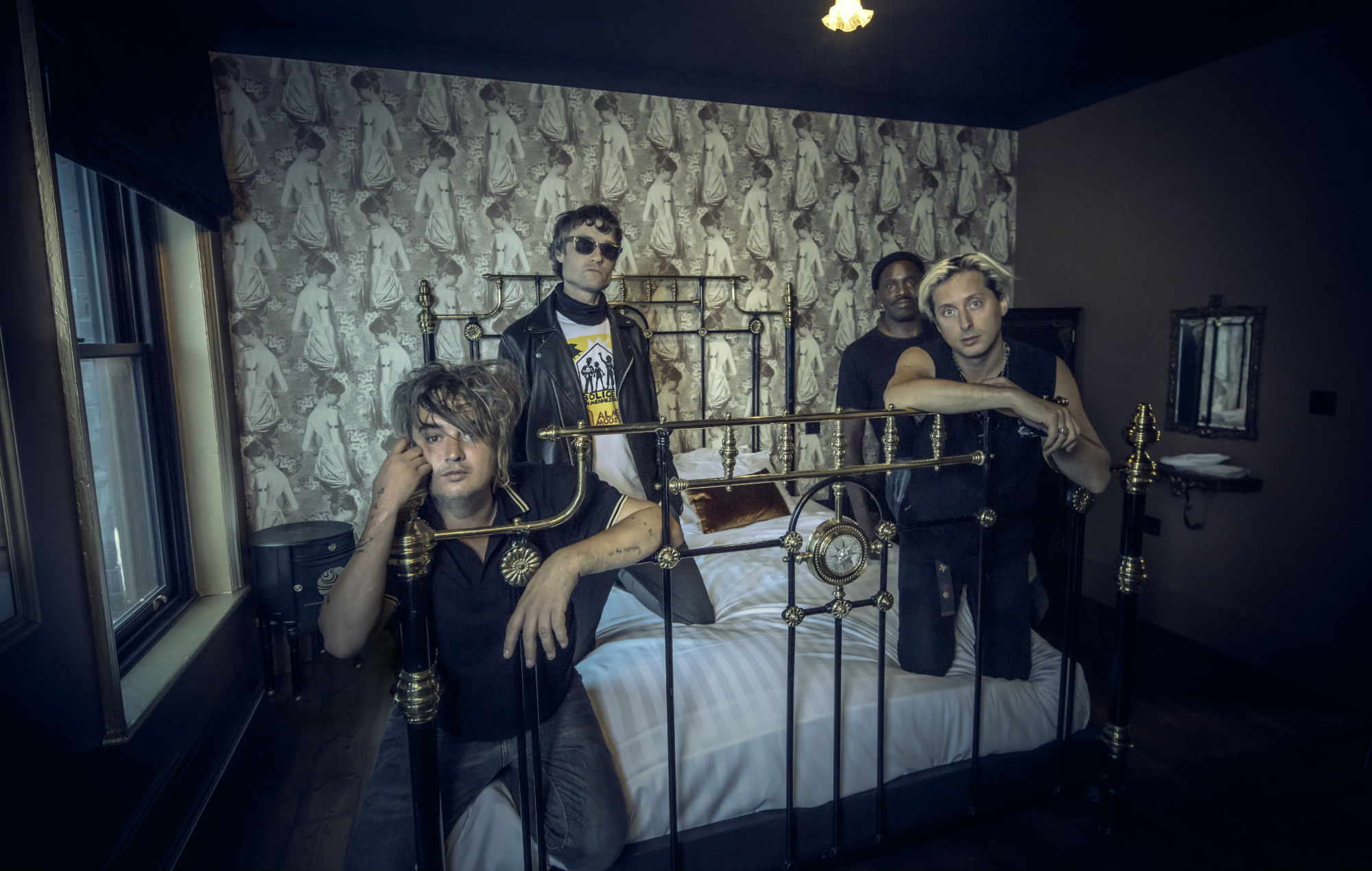 How has progress been on the new Libertines’ album?

“Good, but it’s been difficult with COVID. We started writing here, and that was going really well but John’s in Denmark and Pete’s in France. It’s been a fucker to travel. We’re just waiting to get back on it, really. We’re all writing and it’s all positive. We’re just waiting to get back and lay stuff down, it’s just a matter of when. It would be nice if we could do it here. That would make a lot of sense. We’ve never been readier. We just need to get together and do it.”

And finally, the most important question of all, are you going to enter Four In A Bed?

“I don’t think so. Maybe, if things get really dire then we can’t rule it out, but not for the minute.” 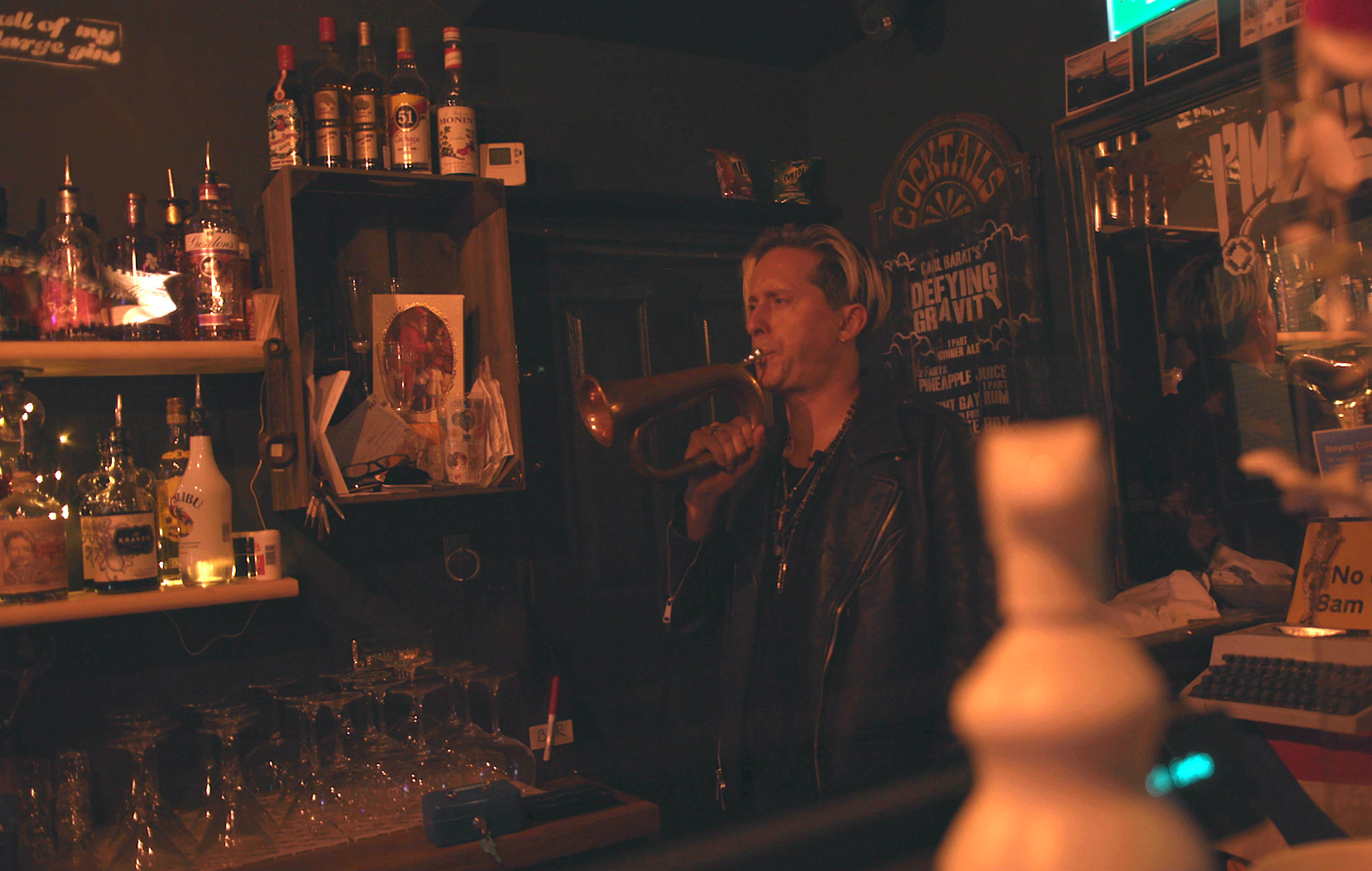 Watch our full interview with Barat and tour of The Albion Rooms at the top of the page.

The Albion Rooms is open now, and is located at 31 Eastern Esplanade Margate, CT9 2HL. Visit here for more information. 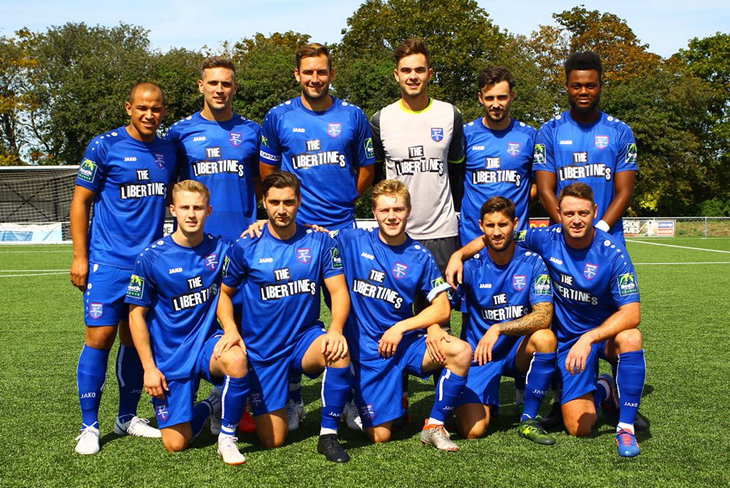 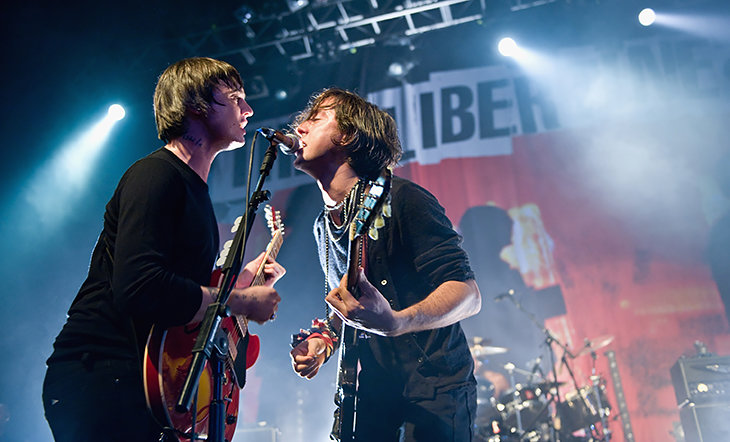